I'm sure everyone is busy with holiday plans even if things look a lot different this year than usual. 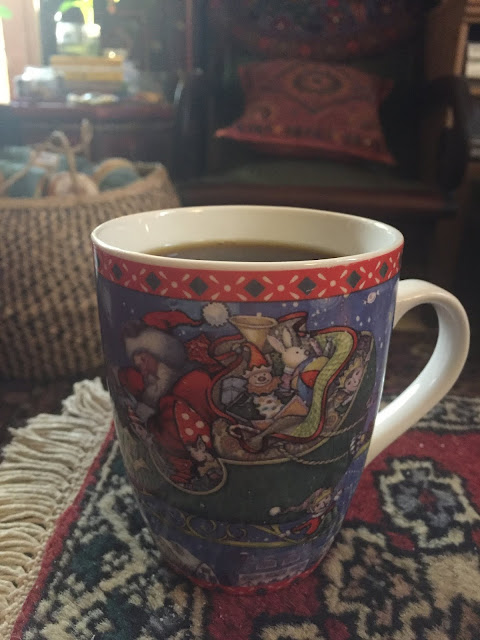 If you saw yesterday's post, then you know the dilemma my friend, Melissa, was in when she arrived in Doha, Qatar only to find that her flight to Kuwait was cancelled due to a sudden government decision to close the airport until the new year.
After talking with her family, she decided to return to the States since there was just too much uncertainty.  5 hours into her flight back, the government decided to open the airport for 24 hours so that anyone who wanted to come or go could do so before the actual shut down.  If only they had done that in the first place, she wouldn't have been forced to make the decision to go back.
We were able to message each other during her flight and she said she didn't know whether to laugh or cry upon hearing the news. 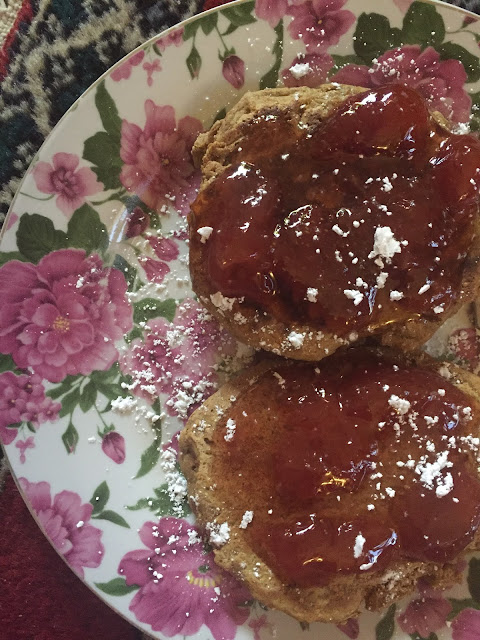 I've not been out to the grocery store to buy bread and don't have enough flour to make my own so this morning I put the strawberry jam I received as a gift on my pancakes and it was pretty darn delicious.
My day was spent doing some cleaning and more decorating. 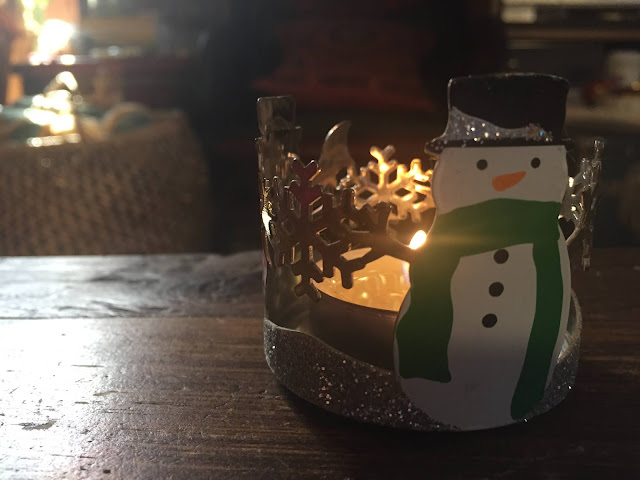 Sending warm wishes your way for the happiest of holidays.

Happy Holidays, Merry Christmas to you, Tammy. I like your Snowman candle holder.
For us, it's a normal Christmas here doing what we normally do since we've never had anyone directly in on Christmas (just Sarah and Dakota and my Dad and they are all here anyway as normal). Sometimes I think that Jim and I live in an entirely different bubble from the rest of the world, because honestly 2020 has been a very good year for us despite the pandemic woes. We visited with many of our friends and family throughout the year, we hosted get-togethers at our house, we travelled (within the state but we did travel), and we just lived as normal as possible. It's my feelings that God didn't give us a spirit of fear and that if anything, this year was a lesson in uncertainties that are always here in life, but that so many choose to ignore. There is also always hope. That is my Christmas wish for my friends and family - to find the joy and hope in each new day of living. :)

I swear governments do not think past their nose when making decisions. I'm so sorry your friend got caught in the middle.

Hopefully she will have a merry Christmas no matter where she is.

Jam on pancakes sounds delicious. This time of year can be stressful, and then add Covid. How I pray that 2021 will find new hope. In the meantime, we know God is in control, working out HIS purposes. Merry Christmas and hugs.

That is crazy what happened with your friend's flight! But then, this has been a crazy year.

Enjoy your beautiful weather. As you know, now is the time where our weather gets really cold.

I love your beautiful snowman candle holder. It's so sweet. I love snowmen and any form. I feel so bad for your friend Melissa. Will she try to come back or stay in the States? Alex always flies to Doha on his way too and from London and Tokyo. Luckily he was planning to stay in London until after the first of the year. With the new virus strain in London though, I doubt Japan would let him go back right now.
I hope we can all get the vaccine soon and that life can return to normal, if any of us can remember what that is.
Have a wonderful Wednesday Tammy. I think I missed a post somewhere and I apologize.
Blessings,
Betsy

Things change so quickly with virus response. It's been a crazy year and I fear the craziness will continue well into 2021. Does the snowman candle remind you of snow in the USA? Merry Christmas to you.

Hi Tammy...Thanks so much for your visits and comments. Always love to see you've stopped by. This is a very changed Christmas for me, as you can well imagine, without my husband, the goings on in Washington, and COVID. Brother. Triple whammy. Hope your holiday is blessed, peaceful, and happy. Susan

Happy Holidays to you too, dear Tammy!
Your friend Melissa's story sounds exactly like that - you don't know whether to laugh or cry.
I had a blog break last week, because my mother died at 94. It was (except for the last few years as a nursing case) a long and fulfilling life and ended with Covid19. A few days ago I started a posting with an obituary for her and many photos. I probably won't post any more this year, so I wish you and your loved ones already a good start to a year that hopefully will be better than 2020 in many ways!
All the best, Traude
https://rostrose.blogspot.com/2020/12/farewell-hildekind.html

Dearest Tammy,
My heart bleeds in many ways for your friend Melissa!
Aside from the cost (paid for LOVE, in order to meet with family and friends), the exhaustion and emotional stress is almost beyond comprehension.
One would love to hug her and others that faced the same fate.
You created some divine pancakes!
Hugs,
Mariette

Tammy - I used to get so angry when flights were not on time, etc. As I got older (smile), I realized the only person being damaged by that was me. So, I would have been laughing if I found myself in the position of your friend. What else are you going to do?