Last night Kuwait launched a monumental celebration commemorating 50 years of constitutional rule.
The government spent millions and millions of dollars on a firework display that landed them in the Guinness Book of World Records for the biggest fireworks show in the world.
We watched some of it on tv.  I must say, it was impressive, but I can't help thinking that money could have been better spent elsewhere. 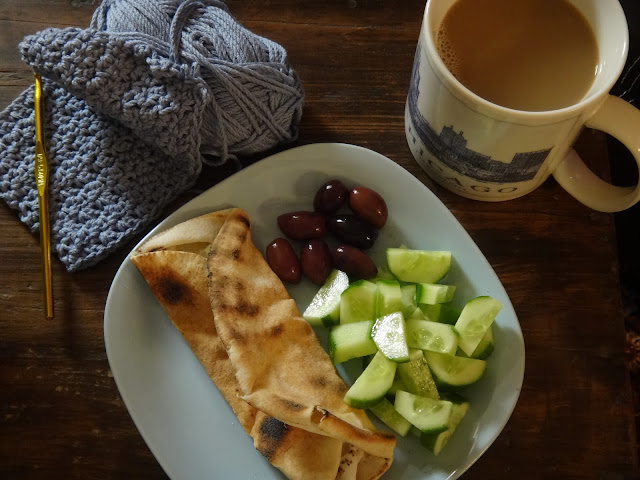 We woke this morning to learn that schools and universities were given the day off.
Another reason to celebrate.  At least my kids thought so.
Normally I would have still gone in to work.
I always do.
But this time I resisted the urge. 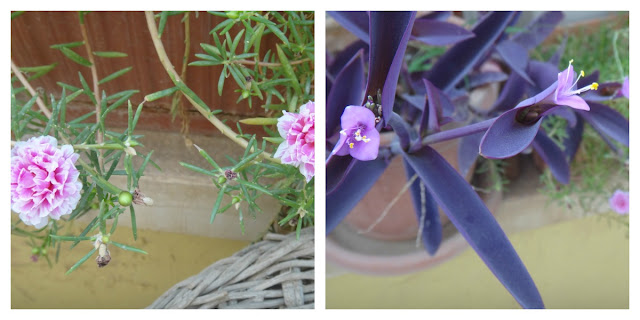 Instead, I baked.
Honey cream biscuits.
(Another delicious recipe from Catherine's blog A Time to Create.) 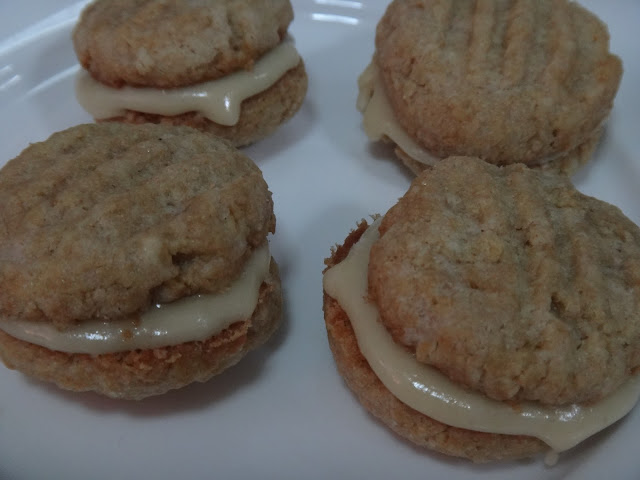 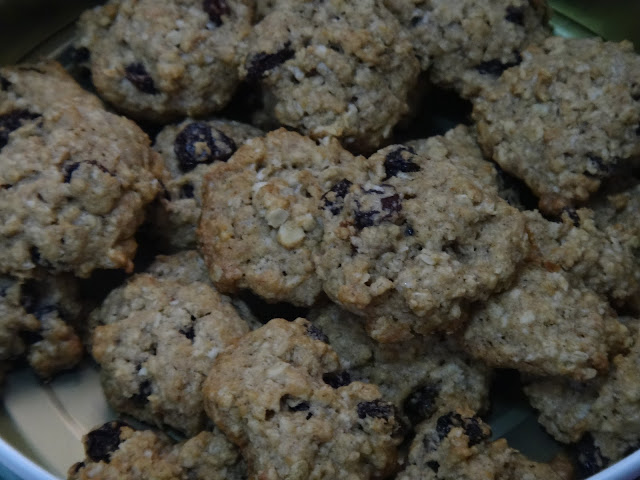 Today is also cause for commemorating and celebrating.
November 11th is observed as Remembrance Day and Veteran's Day.
(My dad was a marine who served two tours of duty in Vietnam.)
And it's also my baby brother's birthday.
(Happy birthday, Eric!) 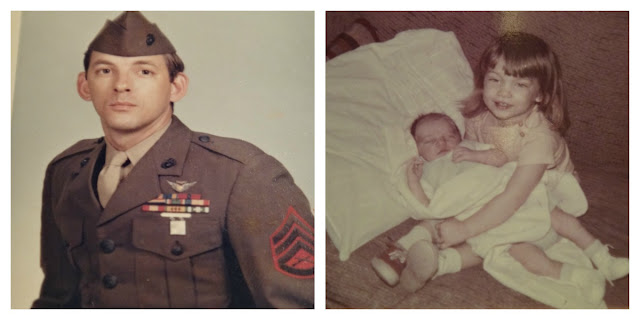 Whatever you do today, I hope your day is blessed!

I can't help but agree with you about the money spent on "fireworks". They are pretty but really how many do you need to go "ooooh" and "ahhhhhh". Lol.
All of your food pics look divine and I too am taking Nov. 11 off in honor of my father and husband. It is good to have a day to just reflect and feel good about the people in your life. Your dad was a handsome man! and happy B Day to your brother! another good reason to celebrate.
~Dawn

Hi Tammy, Your baking always looks so delicious! I am not a fan of firecrackers, too. I think the air just becomes smoky and it irritates the throat. We had a nice lazy Sunday, watched a movie and went out for dinner at night. Yes, I do feel blessed. Lotsa love to you.

It was for you a nice day off your work !The dishes look as always so delicious ! Happy birthday for your brother !Have a nice start of new week !
Olympia

Just as I started reading the post and before I got to your opinion, I thought (ref. to fireworks) "What a colossal waste of money and destroying ozone" - I agree - there a bazillion ways for good investments.
And... I simply must comment on the looks of your cookies - they look (and I am sure they taste) delicious!!

Whatever you are crocheting looks lovely! That yarn is a pretty color and has a nice sheen to it.

My dad was also a Marine, but he was active between conflicts--too young for Korea, too old for Vietnam.

completely agree about the waste of money, such a shame! cheers to your dad and your brother and thank you to your dad as well (so handsome!) and now i am hungry after looking at your delicious meal and baking!

I agree on the firework expense..but they are impressive now a days. Stay home and enjoy your family and home....You'll be back enough soon...lol God bless your dad and Happy b~day to your bro Eric.

Oh goodness.. those cookies make me want to bake. I did a post on my blog about Veteran's Day.. my dad and husband both served. ((hugs)), Teresa :-)

So nice to have an unexpected day off and your fily should be pleased by how you used it!

Glad you will try the magic potholder!

Tammy, so glad you had a bit of extra time off to stay home and bake and create. Thanks to your Dad for his service to our Country.

Hugs to you,
Meredith

Great day for baking those yummy things. Both look so good. I took a batch of chocolate chip cookies to church this morning..that seems to be the most requested. However, I'd take one of your oatmeal raisin in a wink!!!

I so agree re. the fireworks. Humans can be great at being flamboyant and showing off their affluence whilst the needy go hungry. Fireworks don't get my attention as much as the amazing people who help others in need, including animals.

What a delicious looking plate of food!!

An unexpected day off would have been lovely!

We observe Nov. 11th (yesterday for us) as Remembrance Day here in Australia. We were wondering if my expected granddaughter would choose the 11th for her grand entrance to the world but it wasn't to be. I'm still waiting for the phone call. hehehe Hopefully soon tho as Michelle is officially past her due-date.

Lovely photos of your father and you with your brother.

Have a nice day ~ xo

What a nice way to spend your day. And I agree with your idea about the cost of the fireworks. My same thought regarding all the money spent on our recent elections. Have a great week! Kit

Thanks for visiting the other day, Tammy, and for your kind thoughts.

Your baking looks amazing! And thanks to your dad for his service.

Celebrating 50 years of constitutional rule is wonderful. I agree about the use of so much money. God Bless America and all of our amazing Veterans. Cookies look delicious. Blessings Dear...

We heard about the fireworks here as well...your baking looks so yummy..and a day off..sounds like a good combination❤happy next week to you Tammy!

Dearest Tammy,
Late in visiting you but I was sick for two days... Dizzy and off my feet.
Now I'm fine again.
What a waste of money to celebrate so theatrical when so many other things are urgent.
That's what rulers do and the little ants have to work and dream...
So your Dad served two tours of duty in Vietnam. Our best friend was a full Colonel and he too served two tours of duty in Vietnam. Cute photo of you holding baby Eric! Fond memories and time is going on so fast.
You wrote on November 6 on my Worldwide Fabric Giveaway you would post about it 'tomorrow'... It is easy to get to it from the top of my blog to the right.
Sending you hugs,
Mariette

Wowsers. Your honey cream biscuits look yummified! Glad you had the day off.

Hope you have a really blessed week, Tammy.

Thanks, too, for stopping by and commenting. Always nice to have to visit. Susan

Wow! That's a lot of fireworks! ALL of your food looks so wonderful... prepared with mindfulness and a sense of appreciation. I love that. blessings to you and yours, Tammy ~ tanna

Tammy- it's always nice when you can take a day off! Baking is a great thing to do on that day too or reading a good book or crafts-Geez this makes me want to take a day off!

You are so right about the waste- guess there are more countries then ours that is wasteful!

Happy birthday to your brother!

Your dad has to be thanked for his duty to his country always!
Happy b'day to your brother :)
Fireworks..hmm... never thought this is really something worth of spending so much money!Same here in India, so many issues to spend money on, but they do fireworks! huh are we that helpless that can't make government understand it?
Have a nice day and cookies look delight! Anna

I was happy to read your kind comment on my blog. You are such a long way from home. I admire your positive attitude and thoughtful words about your Dad and brother. they are to be saluted for their selfless service.
Your cookies look scrumptious and oh, my...those honey muffins.
Do have a wonderful day.
Blessings,
Carolynn

What a lovely, thought provoking post. Wonderful photos and sentiment. It is a shame to see so much money go up in smoke. I like to celebrate but in the current climate it's a tricky balance, J9 x

I agree with you about the fireworks and I enjoyed this post very much. Love the photos you shared.

This week, I work until noon on Friday and then I won't return to work until November 26th. I took my Birthday week off since it falls on the Monday of Thanksgiving week this year (a short week to begin with, so what's another few days off?) I plan to relax and enjoy after hosting the 50th Anniversary Party for our parents this coming weekend (November 17th). I'm not blogging right now, other than reading, so take care and be well.

I'm glad you had a day off, Tammy, and enjoyed some creative time. Your baking always looks so delicious! I want to make some biscuits this week too as I have a new cookie stamp I am looking forward to trying.
Wishing you a wonderful week.
Helen x

OOO i HATE fireworks, I'm terrified of them and think it is such a terrible waste of money, you are so right the money is best spent elsewhere!
wonderful bakes.

Some times you just have to give in to the sweet urges! I hope you enjoyed every moment of your free day.

Wow, the fireworks sounds like they would be amazing to watch! ;) Glad you were able to have a day off and enjoy some family time!! Have a great week! xo Heather

Just the words "honey cream biscuits" are delicious. But the real thing looks even more so!

My dad was a Marine too - in Korea. I am grateful to all who have served.

Sounds like you made good use of your day off. :)

aw, what a sweet photo of you two. I love those unexpected days off...Enjoy!

I'm glad you got some rain. You really know how to celebrate a rainy day. I missed the post before so I want to tell you Happy Birthday for your brother. Hope this day is going well for you. Diane