I like living. I have sometimes been wildly, despairingly, acutely miserable, racked with sorrow, but through it all I still know quite certainly that just to be alive is a grand thing.
Agatha Christie

Today the funerals for Wink at A Creative Being and my youngest son's former Middle School teacher are being held.  Wink suffered from severe depression and took her own life.  Sharon died from complications of malaria.  Both unexpected.  Both gone too soon. 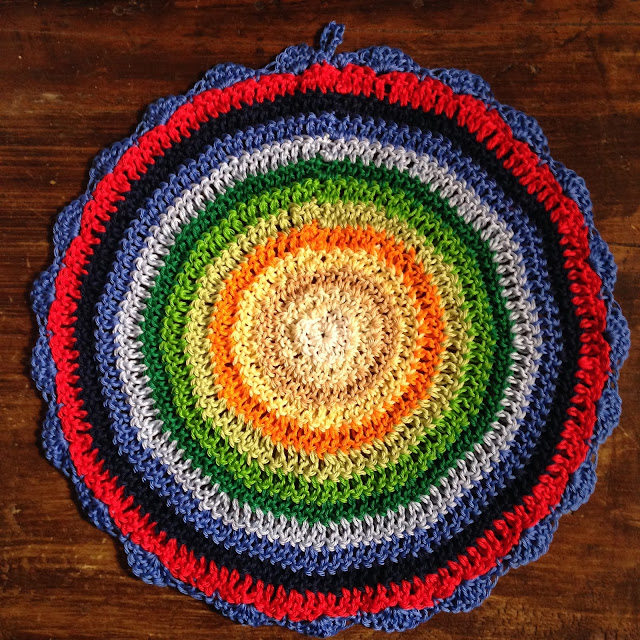 I crocheted the colorful mandala in memory of Wink using one of her patterns.
It will be sent to Kathryn at A Crochet Concupiscence in California who has organized a project (#mandalasformarinke) to raise awareness about depression.
My cousin's wife took her own life in the early 80's leaving behind two young boys so I am well aware of the devastating consequences of loss to depression.
Crafters in the Instagram and blogging community have joined together to support the cause. 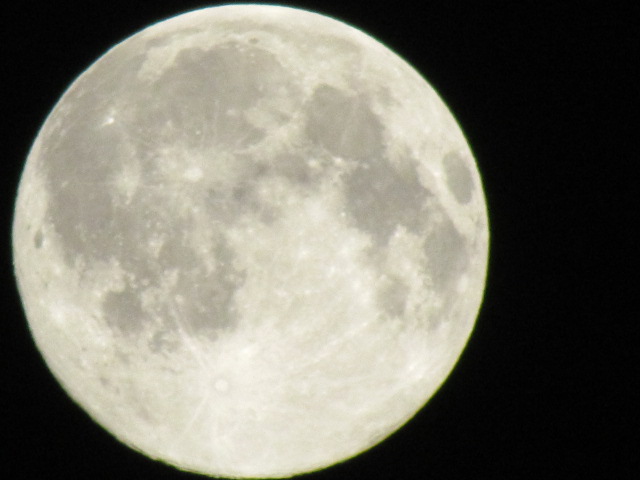 We will see two full moons this month.  The second will be on July 31st.  Those who follow astrological themes believe that the two weeks after a full moon, during it's waning phase, is a time for release. 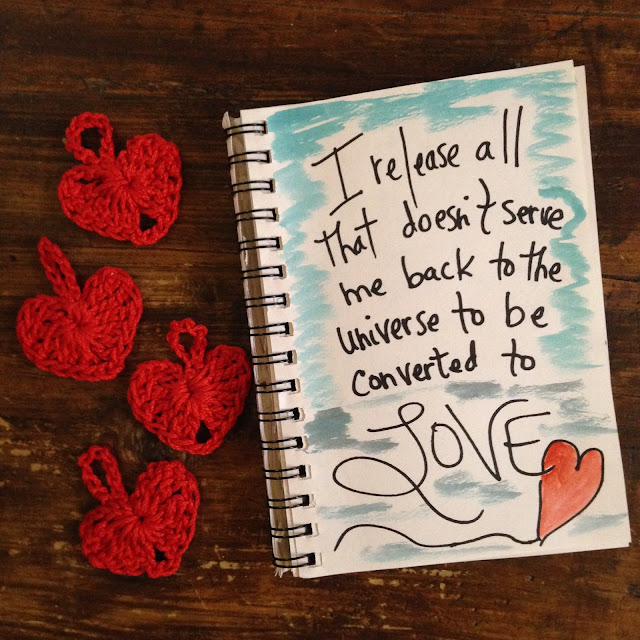 Have a blessed day,

So sad about your friends Tammy. Depression is such an terrible thing as it is largely unseen. I do suffer from the blues occasionally although thank goodness it is not full blown depression and when in these moods its difficult to see anything getting better.
Many people do not have time for it and think that people should just pull themselves together, these people have obviously never been in that state of mind.
Your blog is so beautiful now that you are filling it with inspiring quotes.
Hugs
Briony
x

Suicide is so sad. I have know so many and mostly young people. It is so hard for those left behind. Depression is so overlooked.
Your hearts and expression of wholeness are beautiful.
hugs

Your mandala to honor Wink is beautiful. My condolences to both Wink's and your son's teacher's family. ♥

Dear Tammy,
I'm so sorry for these losses. I love the quote you shared and also the information about the mandela. That's beautiful.

I am so sorry about your friends dying. It's never sorrow for the one the died as they are at peace finally but for those left behind who need healing grace to sooth their loss. I send you and their families prayers for fond memories and healing grace.

So sad to read of the deaths of your two friends, Tammy. How tragic. I think suicide is especially difficult, since life is such a precious gift. My heart goes out to the families of both women.

Your mandala is lovely and colorful. Hope your day is good. Susan

The collection for Wink is such a nice thing to do. I'm sorry to hear about son's teacher. That's very tragic. Take care and have a good weekend, Tammy.

I still cannot believe that Wink is gone ....
Your mandala is beautiful and I hope Kathryn's projects contributes greatly to raise the awareness of depression!

Beautiful - and well said, thank you!

May their souls rest in peace! We can pray for them. It was shocking to read about Wink. I got to know about it yesterday. She best knows what she went through and why this decision. Infact her last post was on 18th June where she has mentioned about her illness on her blog.

A nice gesture on your part Tammy to have created a mandala in her memory and the cause for which it is being dedicated to.

Your mandela in memory of Wink is beautiful Tammy. I hadn't heard about the project but it sounds like a worthy cause. Depression is so hard to deal with, many times because the person is able to hide the symptoms until it seems insurmountable.
Take care of yourself my friend.
Blessings,
Betsy

That is good of you to make the mandala and send it to raise awareness. I cannot fathom feeling so depressed that you couldn't see that life is a better choice.. I hope just one person reads your words and makes the right decision. Hugs to you. T

Your mandala is beautiful, Tammy...I was so sad to hear about the death of Wink....how tragic. So sorry about your son's teacher too. Take care.
Helen xox

I missed that post about Wink so I am so glad you wrote about it. That is the second blogger who has passed away from depression this year, such a sad loss for all of us but especially her family and friends. You made a wonderful tribute to her Tammy.
Sending you a hug,
Meredith

Life is precious isn't it. I read her blg after seeing your ig about Wink. broke my heart. Praying for her family today.

Your Mandala is beautiful and a lovely tribute to wink and the cause for awareness of depression. All too sadly I think we all know or have a close connection to someone who is battling depression and what it does to everyone. Your quotes are perfect. Blessings Dear...

You made a beautiful mandala in Wink's memory . It is a hard truth about extreme depression. Most of the people have one or the other kind of dormant depression level which you never know when and what would ignite it :(

Such a beautiful tribute.

A beautiful tribute, Tammy. Such a loss...

Your Mandala is so beautiful... to match Wink's beauty.